The well attended meeting heard a fascinating account of the behind the scenes events of those years which brought back many happy memories to Geoff’s admirers. 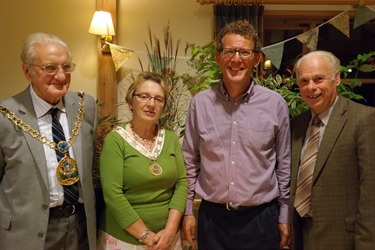 The photo shows the Mayor of Swale, Cllr George Bobbin and his wife Brenda, the Mayoress, Nick Hamilton and Malcolm Moore, the President of the Sittingbourne Gardeners and Flower Arrangers Society.