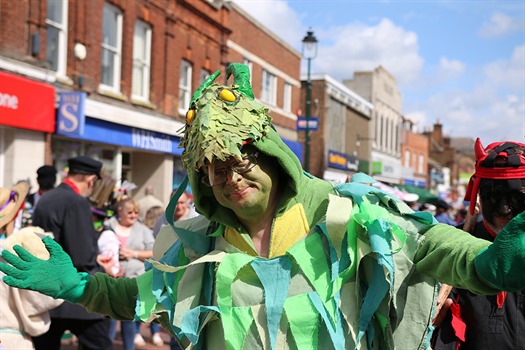 The St George’s Day Extravaganza on Saturday proves that Sittingbourne is more than capable of hosting spectacular headline events.

The event was larger and better organised that last year and certainly from an outsider’s point of view looked to go without a hitch. 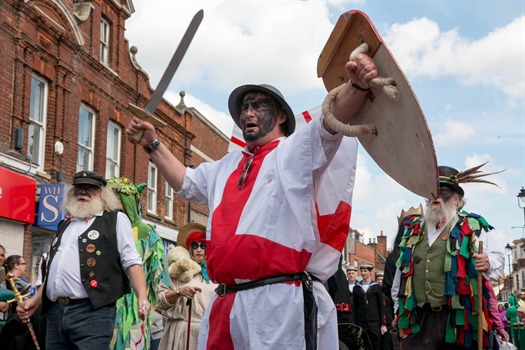 I saw that someone wrote on Facebook that it reminded them of the events we used to have in Sittingbourne when they were younger, and I think that sums the day up very nicely indeed.

One of the star attractions of the day were the fabulous 'Dead Horse Morris' group who enchanted the crowds with their St Gorge’s themed performance where they acted, sang and danced to shanties. 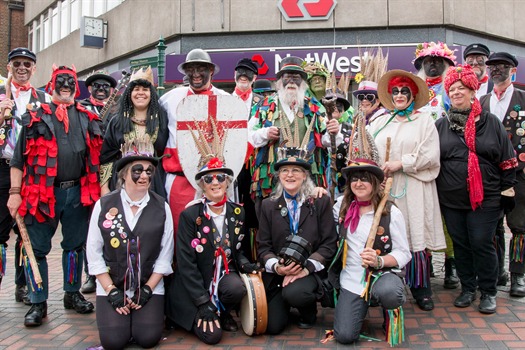 The Free Men of Blean entertained crowds with an amazing display of combat where warriors from different centuries were pitted against one another. I nearly wet myself when one young lady asked her father whether the man currently lying on the ground was really dead. 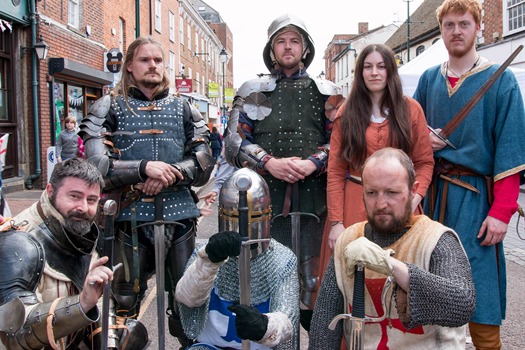 Absolutely brilliant fun, and whilst undertaken in a slightly comical manner at times, the sparks as swords struck shields were very real indeed. 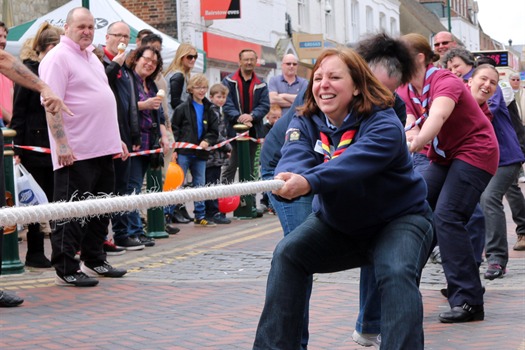 There were plenty of other activities including Swift Gymnastics, music from Ashleigh and the Key Street Band plus an exciting Tug of War, where it has to be said the scouting team did not fair too well for the second year running. There were also many classic cars and bikes along the length of the high street. 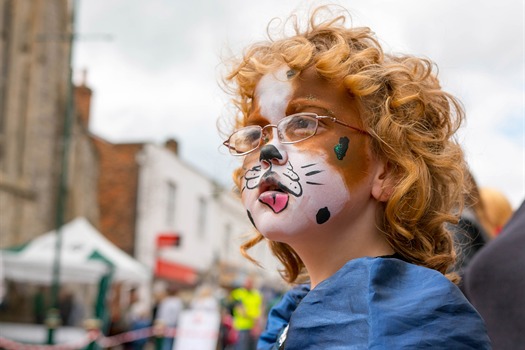 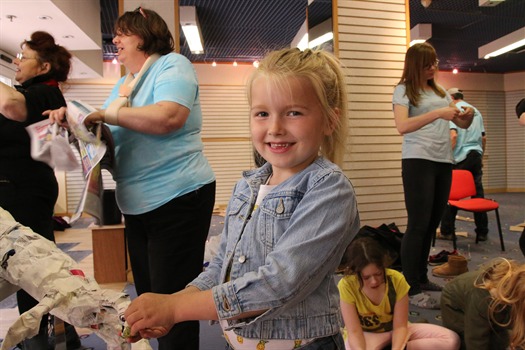 Daisy Glover aged 6 is pictured here helping to make one of the feet. The Dragon will be available for all to see at Artists in the Woods Xtra 2015 this year on Sunday 14th June. 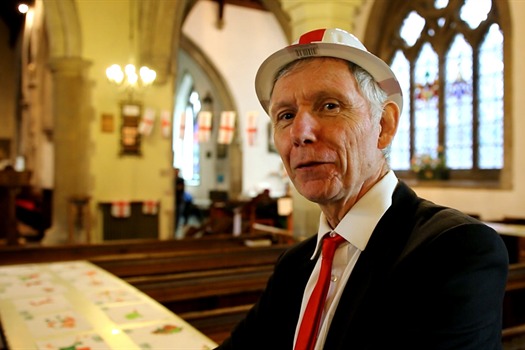 There was also a ‘Draw a Dragon’ competition at St. Michael's church where organiser David Cummings told us that approximately 80 children had entered and that there had been at the time of my visit about 100 people who come along to view the artwork exhibited. 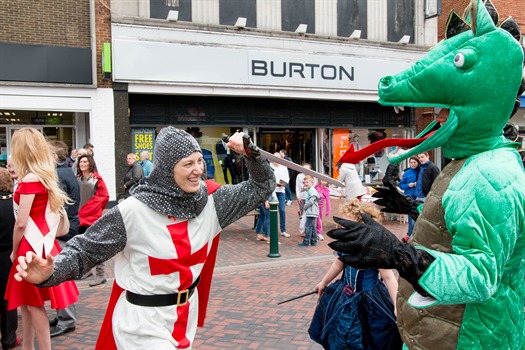 The Sittingbourne Retail Association and everyone else involved should be very proud to have played a part.