The proposals in the Department for Communities and Local Government consultation on boosting housing supply would see our yearly target increased, yet again, from 776 to 1,054 with the aim of making housing more affordable.

Whilst on the surface this may seem a well-intentioned measure, the government has no ability to control the rate of construction, as is clearly evident from the failure of housing developers to meet existing targets. Besides, there is so much more to this particular debate that the overly simplistic supply and demand economic case being put forward here.

Cllr Gerry Lewin, deputy leader of the council, and cabinet member for planning at the council said:

“The housing market is broken, and families are struggling to save to afford a home in their local area.

“When we originally drew up our local plan, we based the housing target on the evidence of what developers were capable of building in the area. That was deemed too pessimistic by the inspector and, despite our arguments that this was unrealistic, the target was raised, and we had to find additional sites.

“After passionate debate and discussion, our local plan was adopted, giving us – so we had been led to believe – control of where developers were allowed to build.

“Now, as we argued from the start, developers are failing to bring forward and build out the much-needed new homes quickly enough, so the increased targets aren’t being met.

“And the Governments suggested ? Increase the targets again!

Interesting stuff, I’m sure you’ll agree, but is this all it seems? 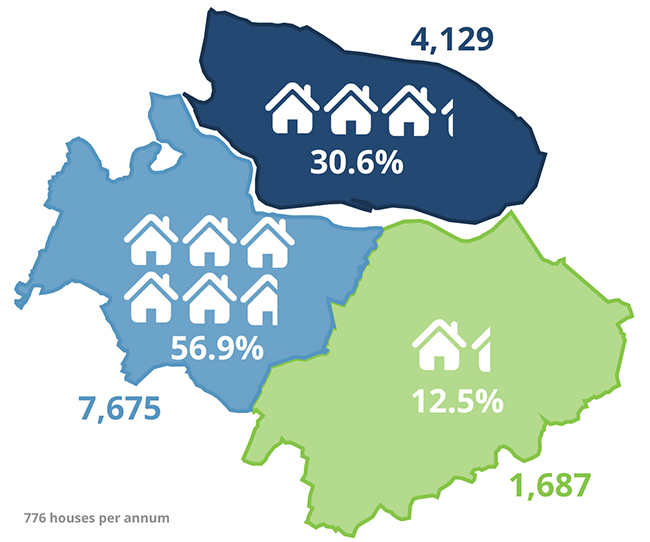 First, and in order, that you might understand the scale of what is proposed here we need a bit of history.

When the council embarked on their current Local Plan they offered up a range of options from around 10,800 through to a whopping 18,500 houses over the plans period. Following fierce opposition from the public, the council relented and went with the 10,800 figure which at the time was around 540 houses per annum. Then the government’s inspector raised the yearly target to 776 over a revised timescale which equated to some 13,192 over 17 years. Now the government wishes to impose a new yearly target of 1,054 which would equate to some 17,918 houses if the plan still had 17 years to run.

The Council is now apparently furious with the government for potentially inflicting the best part of 18,000 houses on Swale.

But wait a minute, didn’t the leader of the council, Cllr Andrew Bowles promote the 18,500 houses option back in March 2011 when he stated that the large housing figure of 18,500 was the only way to deal with migration and to make housing more affordable.

By September of the same year, so frustrated by the Councils tactics, Iwade Parish Council had launched a campaign called ‘Swale Residents Against Housing Madness’ with the aim of reducing the council’s aspirations for a figure of between 13,500 to 15,000 houses.

Finally, by September of the Council was forced to re-evaluate its plans after some 71% of residents objected to a 13,500 target.

In October 2016 the leader of the Council, Andrew Bowles lobbied the Thames Estuary Commission to lend support to the idea of creating a series of new “community” villages in South Sittingbourne explicitly to support the development of the Kent Science Park. This is significant in light of the rumours around the park's plans for 11,000 houses which are not included in any of the council's current plans.

So, it seems to my mind that the government have essentially restated a position which the Council themselves once promoted. 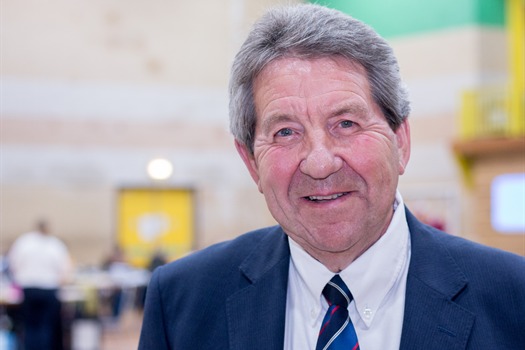 Our MP Gordon Henderson told us “I am not happy with these figures and will be making this clear to ministers. My constituency has taken more than its fair share of housing over the past 20 years, so as a minimum I will be asking ministers to ensure that any increase in the housing target for Swale is allocated to Faversham, which has got off very lightly in recent years.”

“The Government’s misdiagnosis of the problem in the consultation paper is akin to a bad workman blaming his tools for a lousy job.

“We entirely reject the proposal for a one-size-fits-all housing target that would take the numbers expected to be built from what could charitably be described as ‘optimistic’, into the realms of fantasy.

“This isn’t nimbyism, or shirking our role in the delivery of much-needed housing – we have already shown we can make often unpalatable decisions to identify sites for homes.

“We are simply urging the Government to recognise that developers are not fulfilling their end of the deal by building them.

“This creates the perverse situation where developers themselves can profit when planning inspectors see targets aren’t being met and allow unsuitable development outside the scope of adopted local plans.

“We need the Government and developers to commit to working with us to address the issues around housing, infrastructure and economic growth, and gives local voices who best know the potential and limitations of an area, to be heard.”