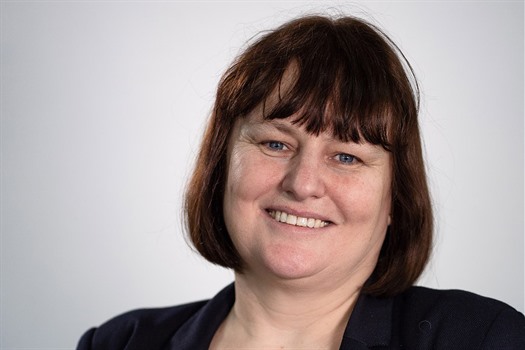 Councillors have approved the appointment of Larissa Reed as the new chief executive of Swale Borough Council.

The appointment was approved at last night’s (Wednesday, 7 October) full council meeting and follows the death of the previous chief executive Mark Radford in May.

Larissa is currently executive director of neighbourhoods and environment at Southend-on-Sea Borough Council where she is responsible for services including community safety, street cleaning, waste services, highways and parking, parks and open spaces, regulatory services and town centre management.

She grew up in Faversham and began her local government career at Swale Housing Association as housing officer manager. She has extensive housing and local government experience and has been a director at Brighton and Hove City Council, Canterbury City Council and Thanet District Council.

“We had some exceptional candidates for the role, and I’m delighted we are offering Larissa the position.

“She will bring a wealth of experience to the council and, having been born here, she shares our passion for the borough.

“The interview panel were unanimous in the decision to offer her the role, and I can’t wait to start working with her.”

"I am very excited to have been appointed chief executive.

“I am looking forward to working with councillors, staff and communities to deliver the priorities of the council and achieve the best outcomes for our residents.

“There are many challenges ahead as we are still in uncertain times, but I look forward to getting started.”

The appointment followed a national recruitment process, which assessed 18 candidates to produce a shortlist of six. These went through a rigorous assessment process before three took part in the final interview stage on Wednesday 30 September.

Larissa is expected to take up the post in January 2021.