Swale misses out on millions for local NHS provision 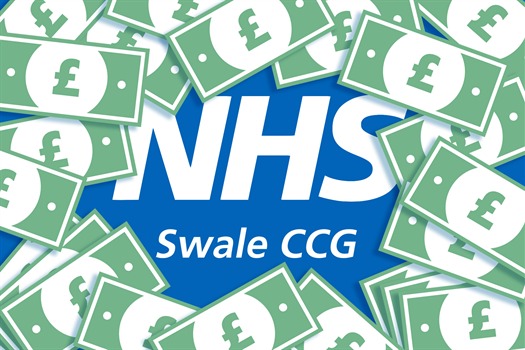 Millions of pounds of funding towards local NHS provision has been lost due to a failure of the NHS to capitalise on funding opportunities available to them where unsurprisingly no one is prepared to accept any responsibility.


This whole sorry tale began when I found that a development in Bapchild of 600 houses called Stones Farm was not going to be making any contribution what-so-ever to health services, even though the Swale Clinical Commissioning Group (CCG) had made a request for a financial contribution of £518,400. But as I was later to discover, the problems run far deeper than just this single development.

So, what happened, and why when other similar developments at the other end of town were gaining financial support for health provision, did Stones Farm fail to qualify?


Before we begin, some planning background


Since 1990 Section 106 of the Town and Country Planning Act has provided a mechanism to request developer contributions in order to make a development proposal acceptable. These contributions are commonly known as Section 106 agreements or s106 for short.

There is also a relatively new kid on the block in the form of the Community Infrastructure Levy or CIL for short which was introduced in 2010 and has similar objectives to s106 agreements. However, where s106 agreements are drawn up on a site by site basis and can cater for site specific issues, the CIL is a broader Borough wide approach and consists of a non-negotiable flat fee per square metre of development applied to all developments in excess of 100m2. The fees collected are then distributed between a pre-defined list of beneficiaries known as the Regulation 123 list.

Surprisingly even after all this time, Swale Borough Council still does not have a CIL in place, so is completely reliant on s106 agreements to fund a range of local government services, including education, transport and health provision.

However, unlike the CIL which is non-negotiable, s106 agreements are required to be negotiated individually for every site and require the input of a range of local organisations. They are also frequently re-negotiated mid-way through developments even though they are legally binding contracts. In fact, an entire industry has built up around freeing developers from the burden of s106 contributions.


So why did the council refuse the request?


The short answer is that the Swale Clinical Commissioning Group made their request 5 years too late.

A spokesman for NHS Swale CCG told us “The original application for Stones Farm was made in 2014; this is before the CCG took on a delegated role for commissioning of primary medical services. The S106 agreement did not secure any financial contribution for healthcare.”

However, I can find no evidence to support the idea that somehow another part of the NHS had responsibility at the time of the application and then subsequently delegated it back to the CCG.

Even if that were true it simply means that another part of the NHS failed to spot this opportunity until it was too late.

I have engaged with the Swale CCG several times over the last few weeks where I have repeatedly questioned the validity of this statement and whilst The Swale Clinical Commissioning Group have acknowledged my requests, they have chosen to offer no comment, so read into that what you will.

The Swale Clinical Commissioning Group was created on 1st April 2013 following the abolition of the Primary Care Trusts and were the only part of the NHS that could have been responsible for making such a request. I know for a fact that Primary Care Trusts were involved in negotiating s106 contributions before the CCG’s were created and there are many examples of successful schemes delivered as a result.

Not satisfied, I thought I’d quiz Swale Borough Council on the subject and eventually a member of the planning department told me “The Swale CCG have only relatively recently begun to request contributions in relation to planning applications and I believe the planning application, submitted in 2014, pre dates this. I am not aware of another body or department who were responsible for primary medical services at that time.”

Now apart from the fact that the last part of the statement contradicts the statement provided by the CCG, I was shocked, because I had assumed that with the quantum of housing that has been developed over recent years that the NHS would have been in receipt of funds, along with education and transport.

So, I expect you’ll be as surprised as I was to then learn that for somewhere around 27 years of the last 29 years, difficult to put an exact date on it, the NHS never received a single penny from any development in Swale.


How could this have possibly happened?


So, we now know that the former Primary Care Trust failed to make any requests to Swale Borough Council for s106 contributions at all and that the CCG have only commenced doing so relatively recently.

But what about Swale Borough Council, surely they can’t absolve themselves of all responsibility in this matter, at the very least they must have been informing the NHS about these opportunities, after all surely the NHS is a statutory consultee for planning?

Well apparently not, the council have no legal obligation to inform the NHS about new developments and it appears that for many years they didn’t bother.

However, the council has now told me that “the Local Plan sets out that the council will work with developers and other public agencies to deliver the vision, objectives and strategy of the Local Plan. The supporting text to this policy refers to healthcare and therefore it is now common practice to both consult the CCG and secure contributions via Section 106 Agreements.”

So better late than never, I guess.


We can still hold out some hope for a medical facility on Stones Farm, can’t we?

A spokesman for NHS Swale CCG told explains “Whilst the proposed development is for 600 dwellings the growth generated would be in the region of 1440 new patients once fully built out; the CCG request did not identify in the response referred to above that a facility was required on the site of the development.”

“Investment in new general practice premises would usually be considered where population growth would support a list of over 8000; this is however a guide and, in some cases, may still not be considered a viable list size.”

“This development alone would not therefore trigger consideration of the commissioning of a new general practice as it is not a resilient, safe, sustainable or attractive service model to commission new practices serving a small population; this is specifically in relation to workforce as locally and nationally there are significant pressures and challenges.”

“The CCG has undertaken an up to date review and assessment of expected future growth, using the housing supply information from the Swale Borough Council Local Plan, and is currently working to develop the premises priorities that will enable a response to growth.”


Haven’t we just lost the GP premises closest to the development.


At the end of last year Canterbury Road Surgery which had over 2,000 patients closed without warning and there isn’t much else in the immediate vicinity so the new residents of Stones Farm are going to have to prepare to travel.

But it gets worse when you consider that the very same CCG have insisted that two other current developments will necessitate the expansion of existing facilities.

Firstly, there is Wises Lane in Borden a development of 675 houses where the CCG have requested £583,200 to invest in the surgery at the Meads.

Secondly there is a site in Iwade of 466 dwellings where the CCG has requested £402,624 towards the refurbishment, reconfiguration and/or extension of Iwade Health Centre, or one of the surgeries in Grovehurst, Milton or the Meads, or even towards an entirely new premises.

I find it intriguing that the response from the Swale CCG makes no mention of The Chestnuts Surgery in East Street which according to their application for funding was deemed to be directly impacted by the development of Stones Farm and in need of expansion.

The failure to secure funding doesn’t make any difference to this requirement and I can only hope that the expansion of The Chestnuts Surgery goes ahead regardless, not only for the new residents of Stones Farm, but also for the existing patients of the surgery.

The Swale CCG openly admit that due to the high levels of growth, the local health services, especially GP Services are already at capacity.

I am surprised that the recent the closure of the Canterbury Road Surgery which left 2,000 local people searching for a new GP and the additional 1,440 patients that Stones Farm will generate combined with increased demand elsewhere in Sittingbourne that this location wasn’t deemed appropriate for a new premises.

Geographically there is an obvious gap around Bapchild with the residents of Bapchild having to travel further than most, in fact several people I’ve spoken with travel surprisingly far afield to see a doctor as it is. This seems especially frustrating when the CCG talk of a potential new premises in an area of town where existing facilities are far more tightly clustered.

At the end of the day, it’s us the residents who will once again bear the cost of this latest administrative oversight.

A crazy situation the council have just allowed to happen . No surprise there .