I still think the Council has got its numbers wrong

It’s interesting that rather than concede gracefully that the regeneration proposals are going to reduce car parking numbers, which is undeniably a fact, the Council is actually prepared to stand by its figures. 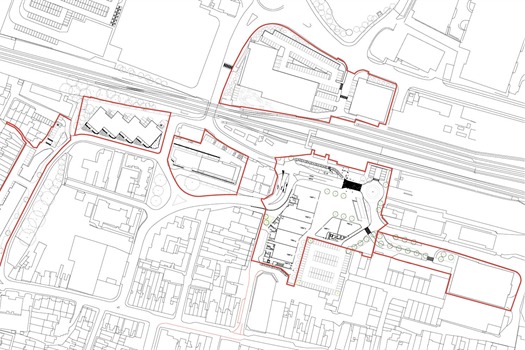 “At the presentation Mr Wilson has a red line on the map he was showing and within that red line the extra 22 spaces is correct. The issues is if you take in the car parks outside that line which include the Network Rail car parks, which then mean there is a reduction in numbers”

Firstly the assumption that this application is limited to and not dependent on anything outside of the red line on the map is quite frankly laughable. The Council is presenting a case where the existing entrance to the train station is closed, but no new entrance is provided, because that’s outside the red line.

Secondly the Council is failing to accept that it has made multiple mistakes and even if we do limit the debate to the areas identified within the red line, I find it impossible to agree with the outcome the Council has reached.

The additional mistakes are related to St. Michael’s car park where it starts off with 107 spaces and concludes that after some land reallocation it will have gained 8 spaces whilst at the same time suggesting that only 24 spaces will be lost.

Confused, yes I was too, so I asked and the Council told me that overall St. Michael’s car park would see a reduction in spaces, they did not know exactly how many, but suggested perhaps half a dozen.

Short of removing the station forecourt car park from the equation, which is most definitely within the red line, I just don’t see where the +22 spaces figure comes from. I believe that perhaps the Council has double counted the network rail land reallocation where is loses 30 spaces from the station forecourt and gains 32 in St. Michael’s car park, but these are not new spaces, they already exist.

Here are the sites located within the red line.

I also attached the paper from the report which has an acknowledged 27 space shortfall on the car parks shown here. That is because the Council had to concede that there were in fact more spaces in two of its car parks that it had thought.