Consultation has commenced on one of the largest housing developments in Sittingbourne’s history.

Home / Blog / Consultation has commenced on one of the largest housing developments in Sittingbourne’s history. 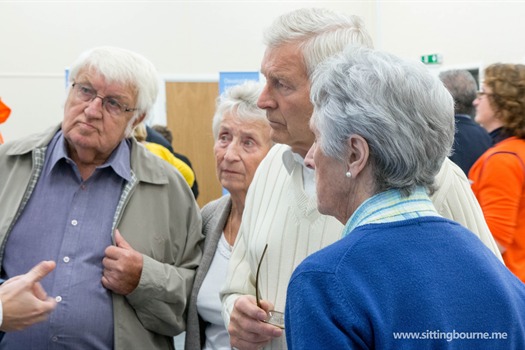 The site consisting of some 76 hectares is collectively referred to as the Land at North West Sittingbourne, actually comprises of five distinct developments, four of which are housing allocations supporting approximately 1,520 new homes and the fifth being the eagerly awaited, and some would say long overdue, site of the new secondary school, along with a new primary school to boot.

The above is to be supplemented by a linear park running the entire length of the site adjacent to the A249 which doubles up as landscape buffer, along with further open space, and options for community facilities and the potential for a convenience store. 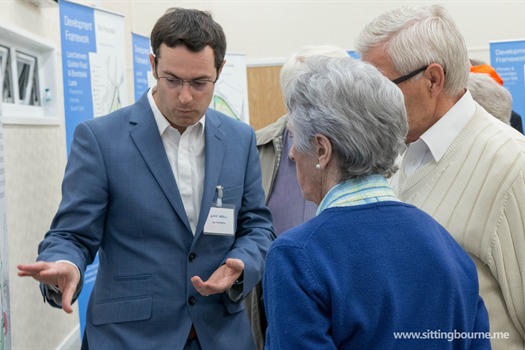 Persimmon Homes have the largest parcel of land, known as the land between Quinton Road & Bramblefield Land comprising of 42.34 hectares which will deliver approximately 1,100 of the new homes planned. 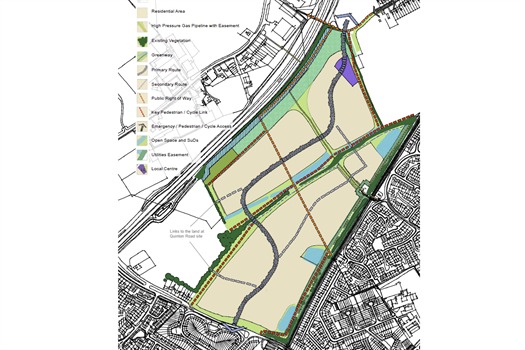 Redrow Homes have the parcel of land at the south west corner of the site which is 7.9 hectares in size. Simply referred to as the Land at Quinton Road, on which some 200 homes are planned along with what is proving to be one of the more contentious elements of the overall proposal, a new access via Quinton Road. 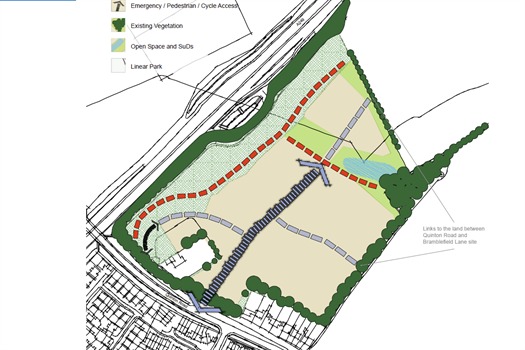 Land owner’s G H Dean & Co have the plot of land at the north east end of the site (4.8 hectares), known as Land at Great Grovehurst Farm and this is intended to provide around 120 homes and an area protecting great crested newts. 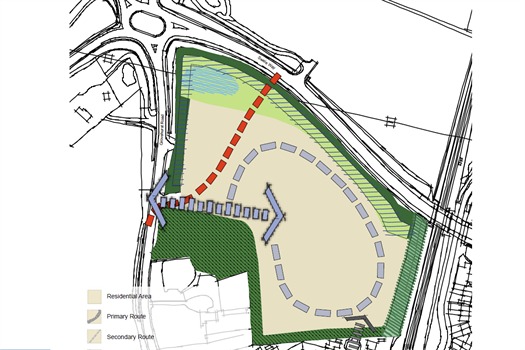 The land which sits at the north east end of the site (10.56 hectares) belongs to land owner EH Nicholls and as is known as Land at Pheasant Farm which will provide the final 100 new homes. 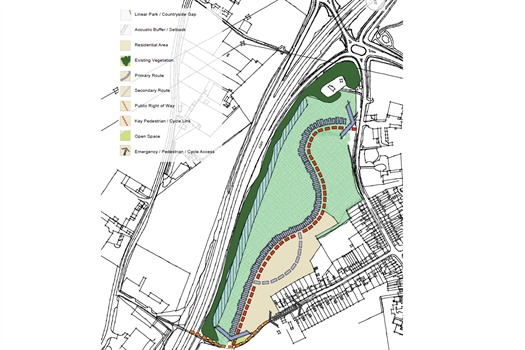 The final parcel of land which lies to the south of Bramblefield Lane is for a 2 form entry primary school and a 6-8 form entry secondary school which is to be accessed from Grovehurst Road via the existing medical centre. 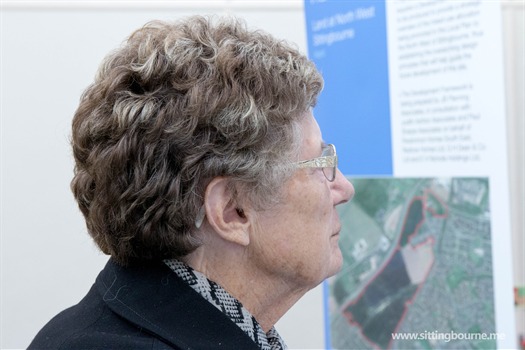 “The reason we do this is because what we do is find out about the local issues that you can’t find out by the company visiting and employing consultants to look at the issues. So it’s been really interesting, most people have been positive about how they want to shape the development and helping us to do that.”

“Getting feedback for that is a really positive thing because access is important for some people and it’s nice to find out about those issues and about what local people think and it really does give us an opportunity to shape the development going forwards."

“People who have attended, in the main, have been positive, no one really wants development, but if it’s going to be here the thing to do is for them to have a say in it and help shape the outcome.” 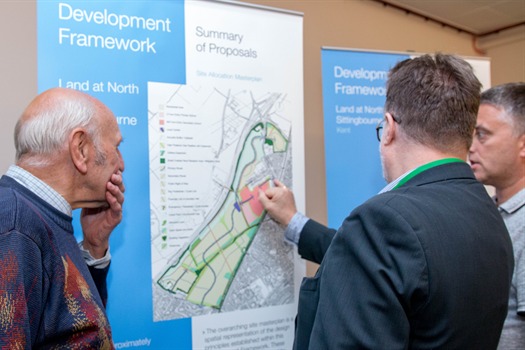 “Persimmon are the biggest developer, we control most of the land through options and we are leading on the development framework which follows on from the local plan allocation and will guide future planning applications as they come forward by individual developers.”

“Because there are multiple land owners and developers the council asked us to do this development framework which encapsulates the whole allocation into a single document.”

“Going forward we are all working towards making our planning applications either at the end of this year or early next year. The development is expected to last roughly 15 to 18 years and we (Persimmons) will probably sell 50 houses a year and we might end up doing two outlets, a north and south outlet.”

“The development is big enough to create a neighbourhood with its own character. We can build high quality; we can do something that is really cutting edge design if we wanted to. It’s quite isolated because you have the railway line on one side and the A249 on the other so you have got an opportunity to create a distinct neighbourhood.” 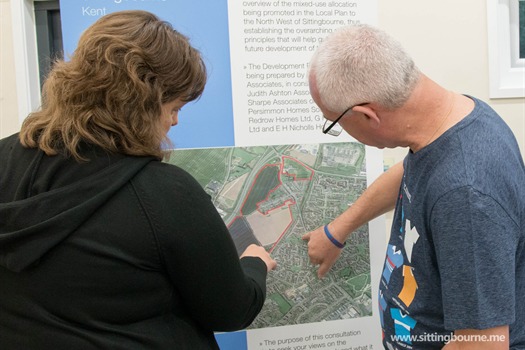 Reception from members of the public who attended both events was mixed, with some accepting the inevitable and some who said they were disappointed by the proposals.

Concerns levelled at the development were strongly focused around the perceived transport issues, especially those connected to the secondary road access via Quinton Road. A number of people suggested that the A249 needed to be properly addressed before this development was able to commence, however the potential upgrade of Junction 5 is still some years away.

Whilst the majority of people present fully supported the development of the primary and secondary schools, there were concerns about what happens in the interim period and the impact on the primary schools in Iwade and Bobbing which will also be impacted by sizable expansion plans for Iwade. 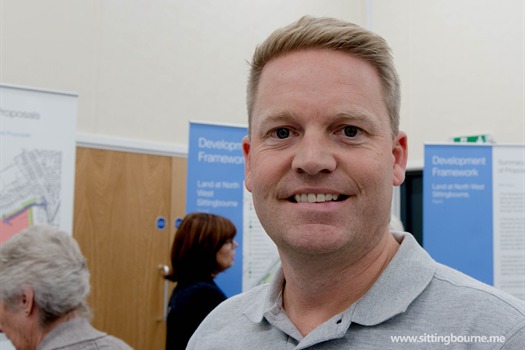 If you wish to make comments on this development you should email info@jbplanning.com by Friday 14th October 2016.

Please let us know what you think too, using the add comment button below?

Who looks at the overall impact on traffic levels along the full length of the A249 ?

We already have regular traffic jams at junction 7 to the M20 which can stretch back up Detling Hill. There is no capacity for widening the A249 along its length and yet more and more strain is being placed on it.