This is what they didn’t want you to know?

Home / Blog / This is what they didn’t want you to know?

Finally after weeks of scratching around for limited and often incomplete information from both Swale Borough Council and the Spirit of Sittingbourne someone has kindly provided (leaked) details on the complete scope of works associated with all four phases of highways alterations in relation to Sittingbourne’s town centre regeneration.

They really did not want you to have this information and I’ve been told countless times now “we’re not releasing details of the works for phases two, three and four”

Even with regards to elements of the first phase which began last week and starts in earnest tomorrow, they failed to come up with answers my questions which I can only conclude means that they have failed to arrive at an alternative solution to the one proposed which will undoubtedly cause considerable pain.

So without further ado, here is as complete a run down as you’ll get from anywhere on the next 13 months or more of roadworks in Sittingbourne town centre. 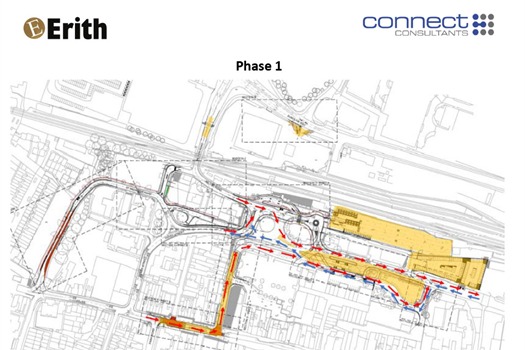 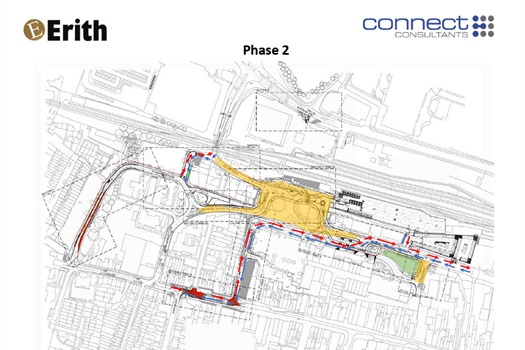 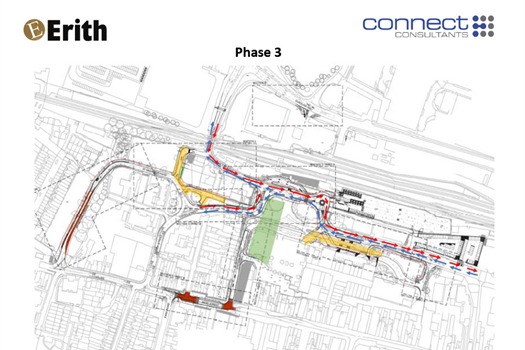 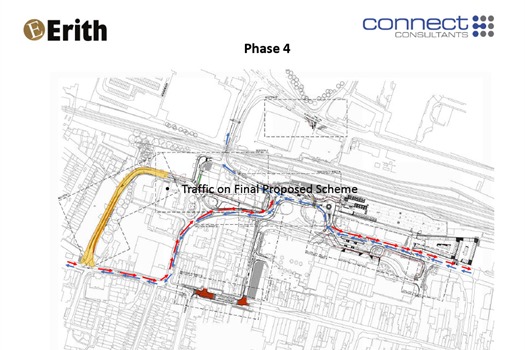 So why the big secret, it’s difficult to understand really, the assumption is that it’s simply too much information for us non-profession mortals to understand. Obviously, you should take on board that the timelines and even possibly the schedule of events may change. At the best of times construction projects have a tendency to change so it’s only fair that you expect some of this information to change as we progress through the development.

Personally I would rather have the full picture to understand the overall aims of the scheme than the present regime of keeping us all in the dark until the last possible minute. If last week’s video taught me anything, it’s that there is a huge appetite for this information and so far both the council and the Spirit of Sittingbourne have failed to learn from lessons passed.

Thank you to all 45,000 plus people who viewed the video, it’s absolutely staggering to have reached such a wide local audience and we will continue to give you the information as and when we get hold of it.

In response to this article, a spokesperson from The Spirit of Sittingbourne commented

"As is standard practice, we only release details of highways works once they have been agreed with the highways authority, in this case Kent County Council, which is usually a few weeks before works are proposed to start."

"We have proposals for all four phases of roadworks to facilitate the Spirit of Sittingbourne scheme, which were presented to local councillors in June. We will release details of future phases, planned to take place over 2018, once agreement has been reached with KCC. To release details beforehand would be to pre-empt discussions with the local highways authority, which inevitably lead to changes to our proposed works and outdated information in the public domain."

There are a lot of pros and cons for this redevelopment and heaven knows Sittingbourne needs a bit of updating! .... I can understand locals feeling a bit wary of too much change, and others expecting improvement to make the town a nicer place to live.... but let's not forget it is an old town, Milton being the original town, Sittingbourne has a quaint olde worldwide character, many of the people wholive here like it like that. I don't live in Sittingbourne but I work here, I have watched the changes and I can see that this redevelopment is killing 2 birds with one stone, it has 2 puposes.... It is giving the town a new modern centre with nice new roads... and massively increasing the size of the town by adding thousands of new houses and dwellings to attract the London comnuter to move here...HS1 has turned Sittingbourne, along with the rest of North Kent, into a commuter belt for london....these massive redevolpments are funded partly by taxpayers and by foreign money, there are no morals any more about where it comes from its all about profit..... I hope Sittingbourne looks nice and retains it character after all the redevopments are finished it's a nice town

The problem is Sittingbourne requires an M2 turn off at the the west side, so negating travel through the centre. Housing development will continue towards Faversham. The limited railway bridges and number will constrain any benefits if any of this or anyover future scheme. Look at Chatham, which has a vast networkwork of roads going everywhere in a most convoluted way. None of the above will be addressed as officials in charge cannot think big and always add a bad ideal onto a bad idea.

These are the good times.

i find it quite disturbing that people are seemingly against having branded shops that will bring numerous jobs into the area and enable people to shop locally as opposed to travelling to bluewater or maidstone.

and as for knuckle dragging misfits making a cinema a no go area, that comment is pathetic however gentrification will only make everyone wealthier in the long run as well as giving you a nice place to live

So at the end of stage 4 artic lorries will be coming up past Lidl on West street and expected to turn into Dover street then round to the station that way?

The Artic lorries will not make that corner at West Street to Dover St without having to cross the white line onto oncoming traffic.

All this for 6 branded shops that you can find anywhere and a cinema that will have the knuckle dragging misfits making sure it's a no go zone for decent folk. It's a smoke screen to build cheap housing to make lots of money for a few individuals underwritten with public money. Still the apathetic get what they deserve!

If the map of phase 4 is accurate then how does one get into the High Street approaching from the West Street direction? It looks as if you will have to cross the two-way traffic flow at the junction with Dover Street (assuming you will be allowed to). Also what is happening with the junction at the bottom of Park Road (currently no right turn) - will this be a T-junction?

Also, with the smoke screen of all that is happening around the railway station, has the destruction/redevelopment of Central Avenue car park etc been swept under the carpet for now?

There seems to be a lot of unanswered questions - perhaps the answers are on a council blue paper somewhere.

Stop moaning and get behind bringing this town into the 21st century .

God help us the town is gridlocked already I don't  know about improvements  they are going to kill the town. Crown key light's  and roundabout is hopeless already and they havent started yet.

Well spotted, glad these aren't my drawings. There is definitely two way traffic in front of the train station, they would appear to have missed added the red arrows on that section.

Phase 4 - traffic on final proposed scheme. The red arrows disappear in front of the station. Where will this traffic go?

The whole of Sittingbourne will grind to a halt, and local businesses will lose trade. Sittingbourne will be chaotic and I for one will try to avoid going near the High Street! Has the council made any offers of compensation for lost trade?

Unfortunately, no I don't know how phase 2 will work with regards to pedestrian access. I was lucky to even get hold of this information and no one is prepared to talk about phases 2, 3 and 4 at this time.

Any idea if the access restrictions mentioned in phase 2 include pedestrians?