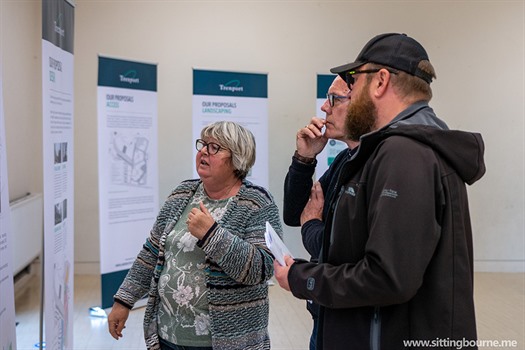 Trenport East Hall Park Ltd are seeking your views on their proposals for up to 330 new homes on land to the west of Church Road adjacent to East Hall on the north-eastern edge of Sittingbourne.

The site is part of a larger local plan allocation that incorporates the now built out Eurolink V industrial park.

This is an interesting proposal for a couple of reasons. The primary one being that this development could dictate whether or not the Northern Relief Road gets completed, it could also influence potential route options and for that reason alone, its going to attract a lot of attention beyond the individual merits of the scheme itself.

The other reason that will no doubt generate some debate is the number of dwellings proposed. At up to 330 dwellings it’s a fairly significant departure from the local plan allocation of approximately 106 dwellings. The actual number is dependent on whether or not of the Northern Relief Road gets completed and which route is selected. 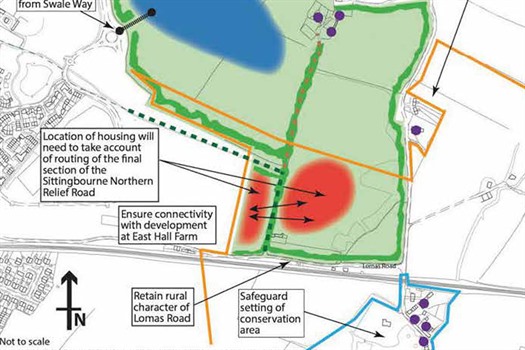 In addition, the northern boundary of the site contains a wooded and wet area important to biodiversity and designated as a Ramsar site, Special Protection Area, Site of Special Scientific Interest and the locally designated North Kent Marshes Special Landscape Area. The proposed scheme does factor in an area of 2.43ha to the northwest of the site to assist with this, which includes a new orchard. There is also an ecology corridor the length of the main access road and the retention of existing trees in the wooded areas to the south-eastern edge of the site.

The development itself will feature a range of 1–4-bedroom dwellings, including the standard allocation of 10% affordable homes. Trenport have also included some open spaces, new allotments for residents and a play area in the northwest of the site adjacent to the proposed orchard. I’m told that there will be the usual land allocated for some shops or doctors’ surgery etc, but these are dependent on take up. 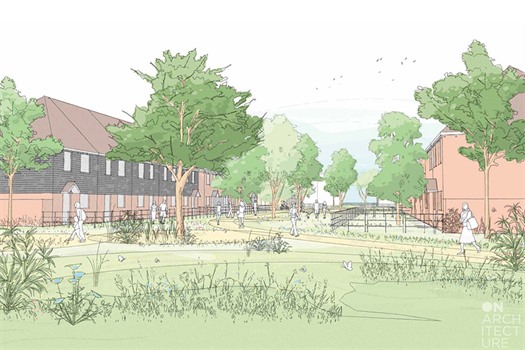 Whilst transport access is limited to the main access road off the existing Swale Way, with the small exception of access from Lomas Road for 6 properties in the very south-eastern portion of the site, there are other points of connectively with the site. 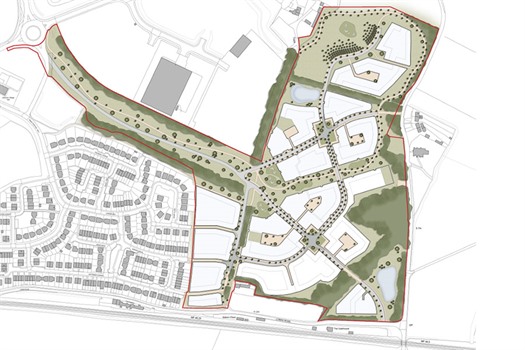 In the local plan it states that it is critical to the shape and timing of any development that its relationship to the existing Sittingbourne Northern Relief Road and its proposed final stage linking to the A2 is considered.

It goes on to say that until a route for completion of the Northern Relief Road is finalised, it is important that development at north-east Sittingbourne does not prejudice its future implementation.

At this time there is no agreed finalised route for the completion of the Northern Relief Road, only a perception that the least expensive option over the railway and into the Stones Farm development currently under construction by Hyde Housing is the only viable option.

Importantly the Local Plan still retains a search area that allows for any of these options to come forward. 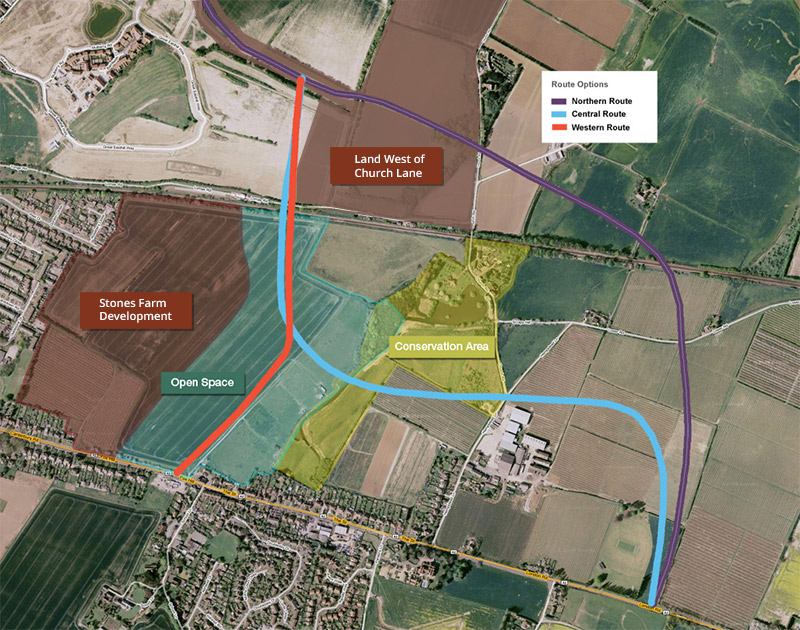 The Local Plan states that if housing proposals were to come forward early, they will need to demonstrate that land has been reserved to enable all reasonable potential route options to be fully considered, as well as determining, via the Transport Assessment, whether a contribution toward the provision of the road will be required.

Now given that the proposed scheme aims to develop as much of the site as possible, it would be very difficult indeed not to prejudice at least one, if not all of the potential route options, unless almost the entirety of the southernmost part of the development remained undeveloped.

However given the passing of time, would it still be considered that the housing is coming forward early?

If you then factor in the proposals by another developer, Quinn Estates who also have signposted as part of their Highsted Park scheme that they wish to complete the Northern Relief Road, albeit along an alignment that they selected without any public consultation, and you can start see how problematic this development might be.

It should be noted that the entirety of the Highsted Park scheme is outside of the councils local plan and currently therefore has no planning status. 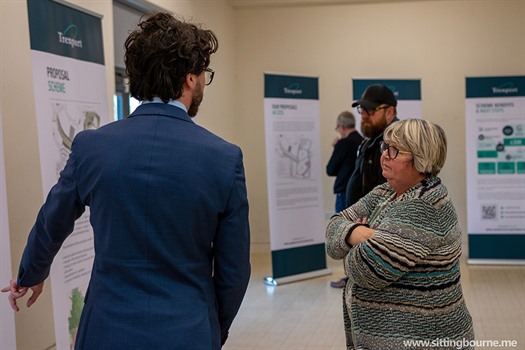 In terms of timescales, Trenport have indicated that they wish to submit an outline planning application imminently (Spring 2022) and have a very ambitious build out rate indeed once the site gets going with the majority of the site completed within the next 5 or 6 years.

If you would like to voice your opinions, then I know that Trenport would welcome any feedback which you can provide ahead of the planning application by visiting their website https://landwestofchurchroad.co.uk/ or emailing alex.cowley@lexcomm.co.uk or by telephone on 0753 416 1468