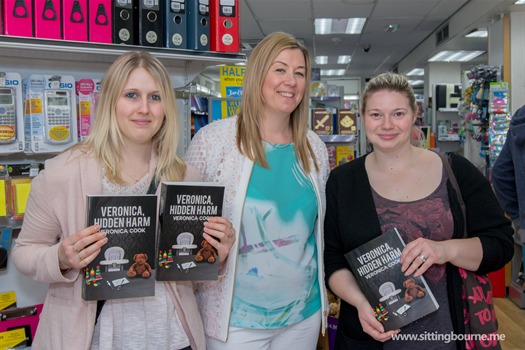 Sittingbourne based author Veronica Cook who is currently promoting her new book ‘Veronica, Hidden Harm’ with book signings at branches of WH Smith and Waterstones was in the Sittingbourne branch of WH Smith’s on Saturday and sold her entire stock.

The book which deals with some fairly difficult and at times harrowing subject matter, is ultimately a storey of the author’s incredible and insatiable positivity in the face of adversity.

“I grew up with my mum and dad who were addicted to heroin. In the early days, it was a struggle because they didn’t have any money. They then realised that to support their habit, they could go on to deal drugs and so they became prolific drug dealers in north west London.”

“The book is about my experiences growing up in that environment and the struggles I faced when you see two people that you loved dearly self-destructing.” 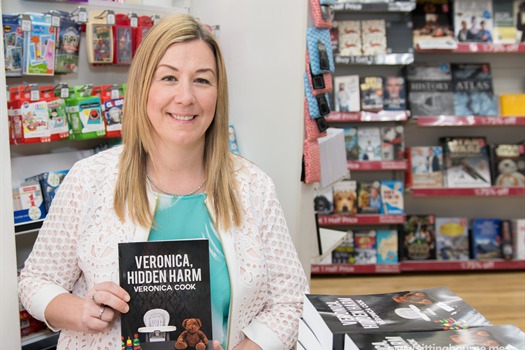 “I feel so passionate about there not being any services for kids and adolescents who have come from, or are still in the same environment that I grew up in and I want to change that.”

“I didn’t aspire to be an author, I just wrote about my own experiences. It was my therapy and in doing so I realised that it could help other people from similar situations.”

“It’s a very emotional biography. I’d literally write a whole chapter at stupid hours of the night and send my counsellor and friend Steve Orwin chapters for proof reading which he would return with minor amendments.” 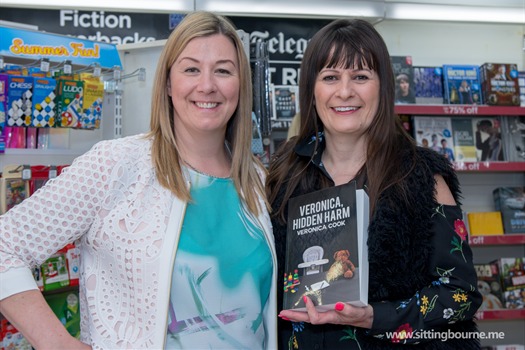 I was intrigued about how someone with no prior experience manages to get a publishing deal and get books on to the selves of both WH Smith and Watersones.

Veronica explained “I looked online for publishers who would deal with new authors and Austin Macauley came up and I decided to send a few chapters which were quite powerful and they came back and said we love it. They were the first publishers that I approached.”

“With regards to WH Smith and Watersones, I just picked up the phone and asked, I’m not one to take no for an answer.”

I ask Veronica if there was more to come to which she told me “I hope so, I want to be on TV, on Loose Women, This Morning and The One Show because if I can get onto those programmes it will give me a bigger platform to reach out to people about this subject. Hopefully someone half way across the county will say I’ve got this organisation or this charity and we can’t get government funding and I’ll say lets get together and we’ll become a bigger voice.”

You can purchase the book online via Amazon or  Austin Macauley