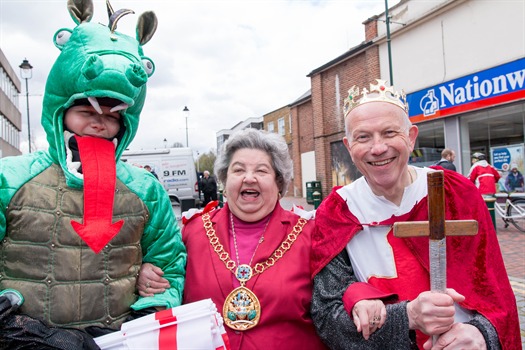 On arrival at the St George's Day Extravaganza which took place along Sittingbourne High Street yesterday the sky looked a worryingly dark shade of grey, but actually the weather did by and large hold off for the next three hours or so until mid-way through the first heat of the annual tug-of-war competition the high street was carpeted white with hail. 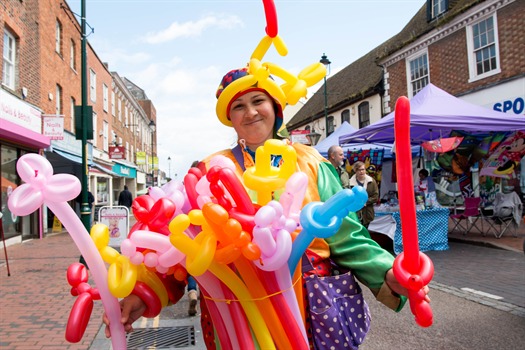 Spirits were high and the weather certainly did not put people off attending the event which was busy with stalls lining either side of the high street from top to bottom, which made better use of the full length of high street than some previous events. 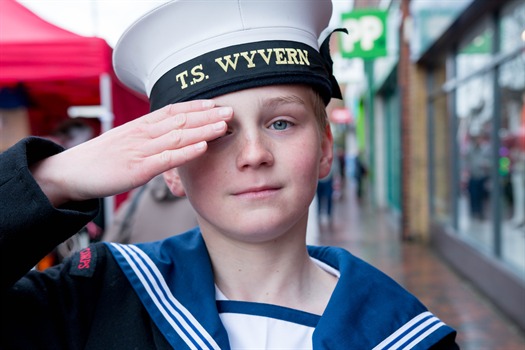 It was an enjoyable day and well supported, but I did miss some of the more colourful entertainment that we were lucky enough to have provided on prior occasions, but that’s just picky I know. 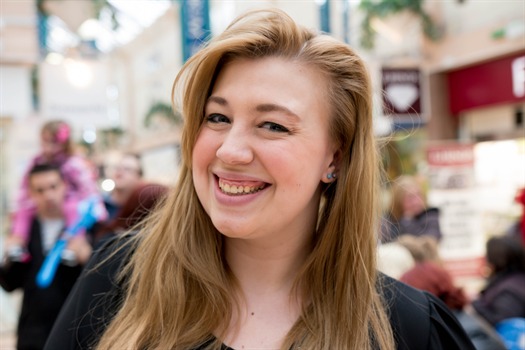 Still there was much to see including the fabulous Dudes and Divas which always put on a good performance, Swift Gymnastics which I missed last time round and was glad I saw this time, singer Ashleigh who was entertaining shoppers in the Forum Shopping Centre where I took cover after the hail incident, Mickey the Magician, solo guitarist Mike, singer / guitarist Kevin, the Tug of war competition and Scotty’s Circus workshop which sadly I didn’t catch because he came on much later in the day. 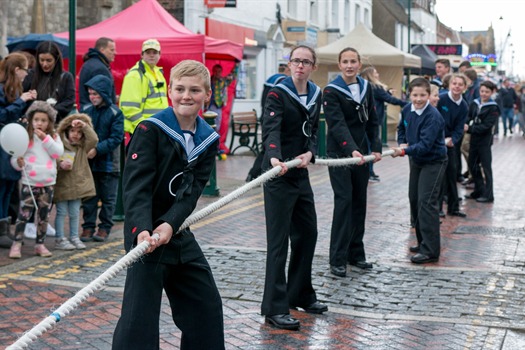 Also regular Ashley Davis from the Royal Society of St George along with his ferocious Dragon which he kept at bay found time for the odd photo shoot, posed with Mayor, Cllr. Anita Walker and had these neat little replica coins which he was handing out to children. 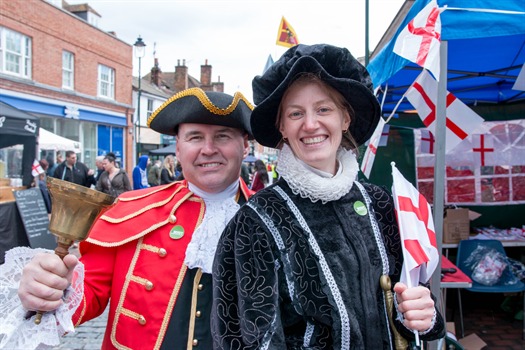 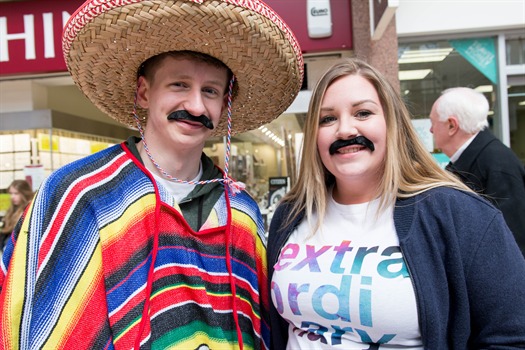