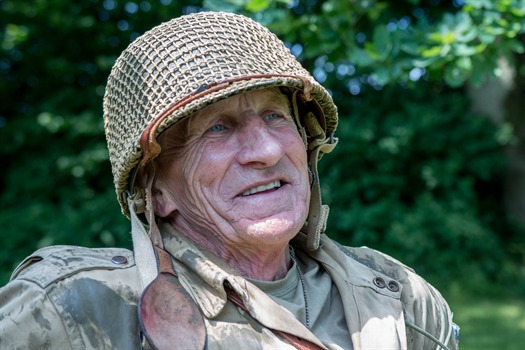 Yanks and Limeys (The Filthy Fifth)

Today visitors to the Bredgar and Wormshill Light Railway were transported to the 1940’s where two rival groups of re-enactors the Yanks and Limeys (The Filthy Fifth) and Fallschirmjager 2k / 3r had set up camp ahead of an impending battle. 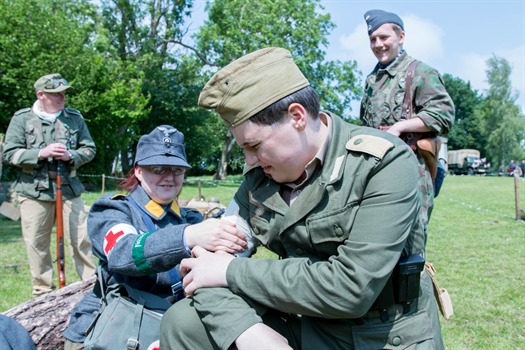 Visitors were required to show their ID Cards to gain access and explore the army camps where they could watch training exercises, view military vehicles and engage in topics of discussion with a wide variety of army personnel who were very happy to bring history to life with their in-depth knowledge. 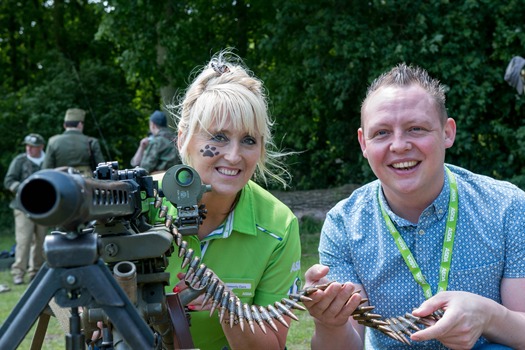 Claire and John from Asda

If you were lucky they even allow you to handle some fairly serious weapons. As well as the usual attractions and activities taking place such as the incredibly popular ride on the steam train or the ride on a tractor and trailer, there was a great deal more to see including a range of steam locomotives, agricultural traction engines and tractors, face painting and an opportunity to practice your circus skills. 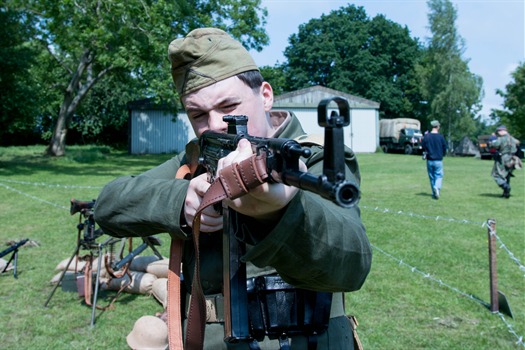 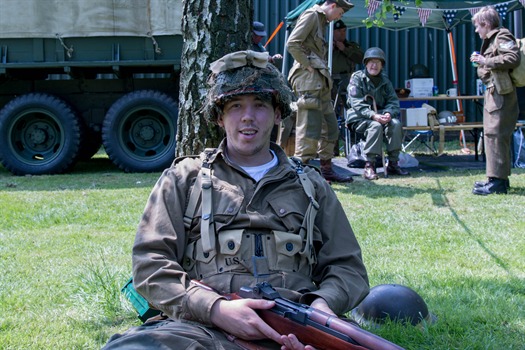