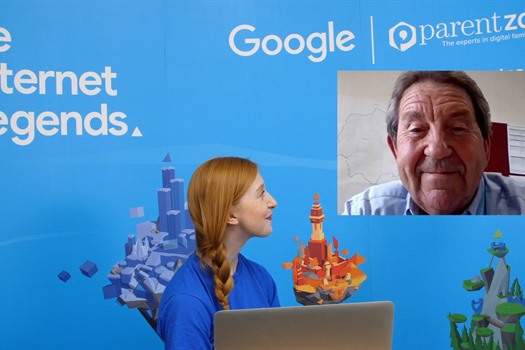 Gordon Henderson MP has called on school children to take up a mission to Be Internet Legends.

The campaign, is a scheme run in partnership by Google and organisation ParentZone. It aims to improve the understanding of primary school age children about the internet.

Mr Henderson backed the scheme after he was asked to record a message for pupils at St George’s Primary School who took part in the special virtual assembly on Thursday 17th September 2020.

He used the opportunity to warn pupils of the perils of sharing information online and reminded them to tell a trusted adult if they are contacted by someone they do not know.

Mr Henderson said: “The internet is one of mankind’s greatest inventions which is showing its true importance in this pandemic where learning and working from home is so crucial.

“As with most things, there is the danger of children being preyed upon and it is important we give them all the tools they need to be aware of the potential dangers which may come.

“By taking part in the Be Internet Legends course pupils learn skills including being alert, secure, kind, brave and sharp to what they share.

“I would encourage all schools in Sittingbourne and Sheppey to take part in the programme if they think it would help their pupils.”

So far, the scheme has reached over a million children across the UK with its engaging virtual assemblies.

For more about Be Internet Legends visit www.parentzone.org.uk/legendshome.